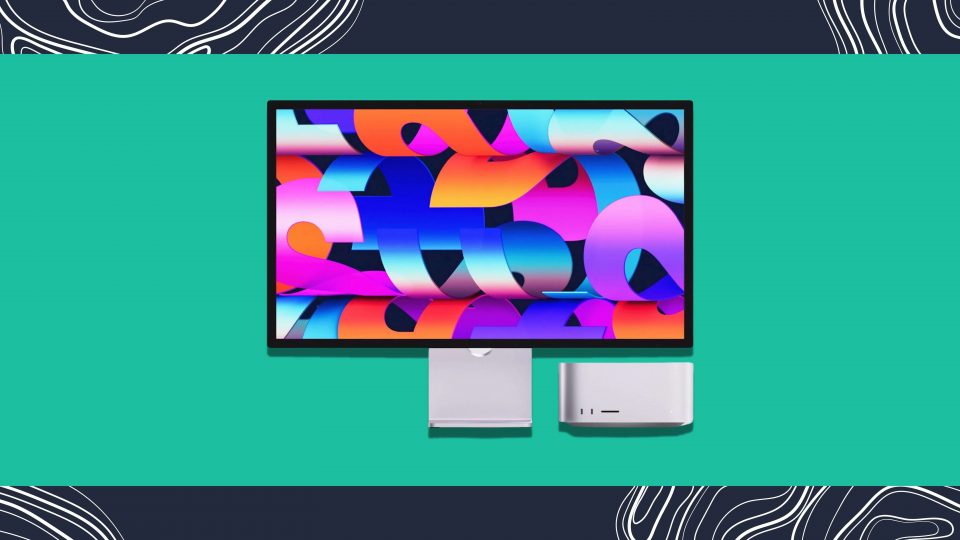 Apple has announced the Mac Studio, Studio Display, and M1 Ultra at their Peek Performance event.

At the event, Apple announced how they’re continuing to expand Apple Sillion across their computer and tablet products. But Apple made a point about the appeal of its latest, fastest-ever, Mac towards creatives. Musicians, producers, and artists each will find this machine has the power to deal with tasks that demand heavy processing in the Apple Mac Studio.

The M1 Ultra-powered model of the Mac Studio machine beats every one of Apple’s existing hardware. An almost silent machine, yet still the most powerful Mac, will sit comfortably in your studio without disrupting your workflow.

You can connect multiple hi-res displays, whether your own or Apple’s new 5K Studio Display. But for audio connectivity, many professional audio interfaces typically have a variation of USB or Thunderbolt to connect to your machine, so producers really shouldn’t run into any connectivity issues on the Mac Studio.

The Mac Studio base model with M1 Max and 64GB alone delivers power comparable to the MacBook Pro. However, without the need to retain battery life as portable laptops do, the Mac Studio can apply all of its Apple Silicone power entirely on performance and efficiency. For music producers, that means more plugins, tracks/channels, far bigger instrument and sample libraries, and more!

For professional music producers that need a machine that can cope with heavy demands in good time, the Mac Studio M1 Max and Ultra may not only simplify your workflow – but make it seem like water flowing through a pipe. Of course, it’s best to keep water away from your machine.

As we mentioned earlier, The Mac Studio is compact enough to fit under pretty much any monitor. It won’t clutter up your workspace, it won’t output annoying fan noise, but it will provide you with a desktop machine that bolsters your workflow with amazing performance.

But is the Mac Studio overkill? After all, haven’t we been enjoying professional-grade music without all of this horsepower?

Computer systems, whether Apple or Windows, have been handling the necessary processing power for music production up until now. Of course, these systems evolve – so maybe the Mac Studio is just the next step in computer evolution. But what does this mean for producers and artists who can’t afford the $2000 & $4000 price tags of the Mac Studio?

Of course, at a price point of $1999 for the M1 Max and $3999 for the M1 Ultra, these systems are aimed at professional-grade studios. And if you’re not in that demographic, there are affordable alternatives.

The MacBook Pro, which is yet to get the Apple Silicone update, is a staple in music production. It’s typically the first choice for many established music producers. At a lower price point of $1,312.20, it’s definitely a more affordable option for a powerhouse machine.

Its powerful 128/256GB SSD allows the MacBook Pro to quickly load and process multiple software suites at one time. The Pro offers 8 GB of RAM, which is the minimum amount needed to process most audio editing software tools, but you could upgrade to 16GB too. Whatsmore is 10 hours of battery is the optimum amount for music producers – and that’s what the MacBook Pro provides.

However, the MacBook Pro is yet to get the Apple Silicone update. So if you are looking to get one, it’s definitely worth waiting.

Find the samples you’re looking for without draining your laptop in the Mixxed sample library.