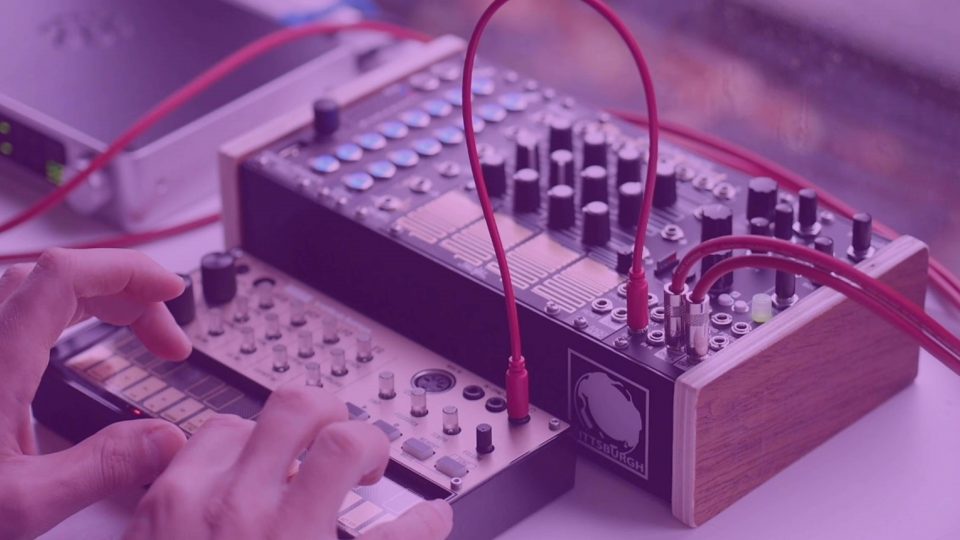 We can truly reshape any sound using granular synths. You think you know a sound… until it’s thrown into a granular sampler. Both granular synth hardware and granular softsynths give us the power to reimagine our sample library in some pretty unconventional ways.

Naturally, people want the best granular synth because people usually want the best of everything. So, we’ve done a round-up of our favourite five granular softsynths/samplers to turn your downloaded and recorded samples and melody lines into something completely different.

In our top spot is Palindrome. Palindrome may well be the best granular synth for usability and includes four sound engines that we can morph together. Much like vector synthesis, but way cooler.

Palindrome’s interface visualizes everything you’re doing in the synth, and it’s one of the most interactive synths there is. Instead of tweaking knobs, its interface actively involves you in the granular process.

And Palindrome is all about customization. It’s super easy to create bold and unique sounds (or both) thanks to this intuitive synth. On top of its four sound sources, Palindrome packs 8 LFOs and 4 mod sequencers! And we haven’t even discussed its frequency modulation tools or its randomiser…

Neuro Hop and Glitch Hop use Palindrome, and it’s even creeping into more mainstream genres like DnB too! It’s not only good for effects and transitions, you can make whole leads out of Palindrome.

But it all depends on what you want and need. Either way, Palindrome houses 100 factory presets with a 1.3 GB sample bank.

Form by Native Instruments allows us to only use one sound at a time but does have a very simple user interface that’s very easy to learn and get on with.

But what’s more, is what we can do to our sound source. With drag and drop capabilities, we can quickly create a granulated patch in the blink of an eye. We can tweak and play with parameters all day and get a plethora of different results. Artificial movement using amplitude curves, whether prests or custom made, create unique opportunities to manipulate our samples like never before. On top of its granular strengths, Form also has additive synthesis strengths too! We can accentuate the sonic content of our samples, as well as completely edit them.

We can further mould a unique sound with pitch controls, as well as additional FX parameters, for a sound that makes our music stand out from the crowd. We can save our work as presets too and implement the same modulations into another project, so there’s no one to fear forgetting what modulations you used to make your epic sounds.

Despite its simplicity, its underlying synth engine brings a herd of wild horsepower and it’s amazing for creating a range of sounds from pads and ambient textures to drone sounds.

Quanta can generate up to 100 grains per voice. Each grain can have a duration of up to 1 second and allows us flexible control over pitch, panning and direction create opportunities for interesting sound dynamics.

But the epic sound design opportunities don’t stop there. Quanta also Allow us to manipulate the level and shape and grain rate… and sample and hold controls allow us to create some contrasting gritty or musical sounds too!

Glitchmachines are so nice… we featured them twice!

Polygon and Palindrome aren’t so dissimilar on the surface. However, their approaches to granular synthesis are quite different despite having the same granular engines. Palindrome is amazing at visualization, but Polygon dominates in the functionality department.

Every feature and modulation parameter has its own control for flexible manipulation over your sound, This does make for a more complicated user interface, but with some time you will have figured this softsynth out and be creating killer sounds.

Like Palindrome, Polygon has four sound sources, FM capabilities, as well as drag and drops functionality.

Palindrome is a very visual customizable instrument, while Polygon gives you full control over each parameter with a simple controller knob. Other than that, these two synths are pretty much the same synth.

Output features a beautiful user interface to navigate this multi-effect granular synthesis plugin. It has a hyper-focus on grain manipulation and modulation with pitch controls, multiple FX, and a grain delay.

On top of these epic features, Portal houses two successive processors, which sit between the granulator and master send, for ultimate control over both the dry and wet (granulated) signal.

This small yet mighty plugin features over 250 presets and includes a readout section that allows you to understand what you’re doing as you do it!

Granular synthesis/samplers may be epic, but they’re not epic alone. You need something to convert into granules. That’s where samples come in.