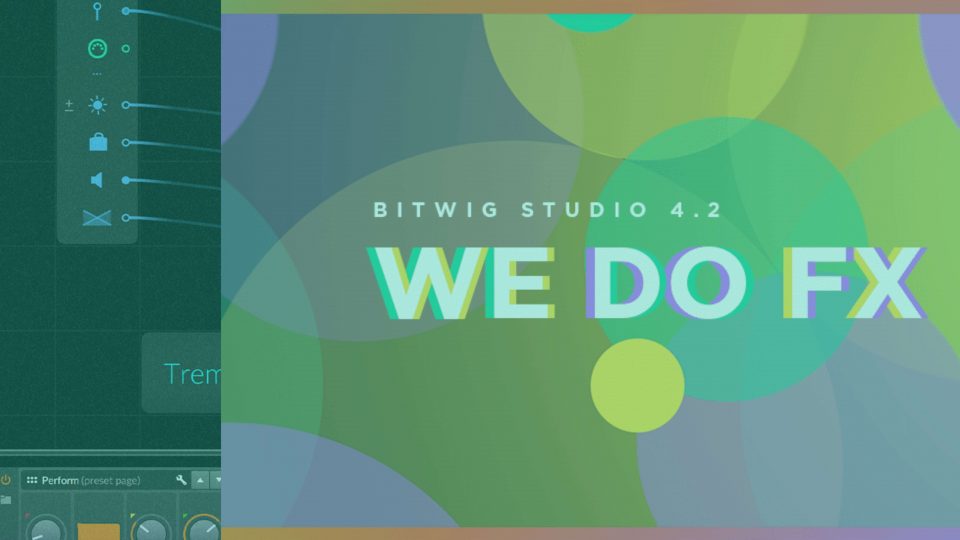 Before we get started, we should mention that Bitwig Studio 4.2 is currently a public beta version. To clarify, this enables you to play around in the DAW’s update before the official release in March 2022. You can download the update by all means, but only if you have an active upgrade plan. But expect tweaks and bug fixes to roll out until the release in March.

Bitwig has stated that each of these modulation effects offers four distinct characteristic sounds. Equally cool is how each modulation effect has unique DSP architecture that is similar to different eras of hardware.

Not only do they bring characteristic sounds, but you can also animate the algorithms by mixing their internal LFOs with step sequencers and/or any of the 38 modulator devices inside Bitwig. Each effect is available as a Grid module too, enabling integration into any Grid patch for a world of creative fun.

Bitwig has expanded the DAW’s signature feature, The Grid. The Note Grid is an extension of The Grid and it joins Poly Grid and FX Grid as a third device!

Bitwig states that Note Grid can process and generate notes. It has full access to The Grid’s 184 modules and polyphonic structure too! Note Grid includes eight presets like arpeggiators, polyphonic randomness, drum sequencers too.

You can use the new Note Out module in each of the three Grids and output notes when you connect a gate signal. Pitch, velocity, and channel can all be set manually, or you can modulate them with dynamic signals. The Note Out module is MPE (MIDI Polyphonic Expression) compatible with seemingly natural polyphonic expression.

You can get Bitwig Studio 4.2 right now as a beta version if you have an active Bitwig Studio Upgrade Plan. March 2022 is set to be the official release.

You’ll find thousands of sounds that you can modulate in the Mixxed sample library.