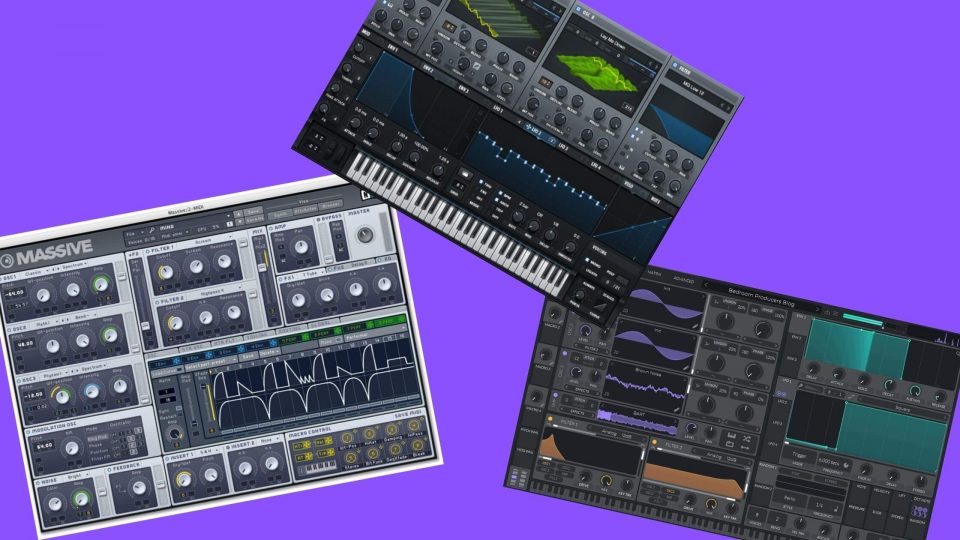 Welcome back to our sound design adventure, comrade.

We’ve explored how synthesizers work and jumped in with subtractive, additional and FM synthesis. Now you’re ready to be lowered into the cave of wavetable synthesis.

If you’ve only just found our Define Synthesis series and aren’t familiar with the world of sound design, we recommend checking out our other articles before jumping the queue!

Wavetable synthesis is a different beast altogether. To explain it, let’s make some lemonade!

I want you to imagine a lemon.

I want you to also imagine a knife.

Now, cut the lemon with the knife.

What if I told you that your lemon was a Mixxed sample? And the knife was a wavetable VST like Massive?

Wavetable Synthesis works on this premise. You input a waveform or an audio sample into your oscillator, and your VST cuts up the sample into tiny pieces. These small pieces are wavetables, and each wavetable can be played as individual notes (more on this in the next section).

To sum this process up, you can literally grab any sound you record and/or make and repurpose it into a synth.

Your oscillator loops the wavetable endlessly. Well, until you release the key.

If you’re looking for an easy learning experience for wavetable synthesis, we recommend Serum, Massive X or Vital.

For the sake of simplicity, we’ll explain wavetable synthesis with a default wavetable.

Imagine your favourite wavetable in Serum and play a note.

What you’re hearing is an endlessly cycling snippet of an entire waveshape.

Now, head to the WT Position knob (wavetable position) and turn it up a notch. Notice how the sound changes. What you’ve done is select a new snippet of the waveform. This is how you can play each snippet as an individual note.

If you wanted to be really funky, apply a 1/2 rate LFO to the WT Position knob. Now what you’re hearing is the oscillator cycle through the different snippets of the waveform within the parameters of the LFO.

Now that you can apply this knowledge to your synthesist arsenal, apply any additional FX and parameters that you would normally in the previous forms of synthesis we’ve covered!

Apply your new knowledge and make a reese bass learn how to use sine bass compression!

Are you looking for some new plugins to bring your mix to life? Download 37 free plugins here!

Wavetable synthesis was first written about in September 1977 by Hal Chamberlin in an issue of Byte magazine.

Since being developed in the late 1970s, this method of synthesis has slowly become the primary synthesis method in modern music.

However, this wasn’t really the case until 2007.

Native Instruments took the concept of wavetable synthesis and gave birth to the age of sound sign that we’ve experienced for the past 14 years.

Sound on Sound reported in February 2007.

“Wavetable synthesis is seeing a resurgence in popularity lately, and Massive’s oscillators are some of the best implementations of the concept I’ve seen. However, the sound generation technique is not the main area where the synth aims to break new ground.“

“Firstly, Massive has been designed to pack an unusually large number of highly versatile modulators into a fast and understandable user interface. But where Massive really aims to plant its flag is on the high-ground of sound quality.“

“When I visited Native’s headquarters in August, Massive’s Product Manager told us that their top priority was to take a leap in sonic quality, even if this meant pushing even recent computers to their limits. The result is a synth that really does reach unprecedented heights in sound quality for a virtual instrument, but gives your computer a thorough workout getting there.”

Since the release of Massive, the electronic music scene has exploded tenfold. The scene was a huge community before Massive arrived, but scenes like Dubstep/Brostep that exploded with the rise of Skrillex brought electronic music to the front of a lot of peoples minds – including me.

If you have wanted to learn more about Dubstep since the 2010s, here is a great video by Sound Field.