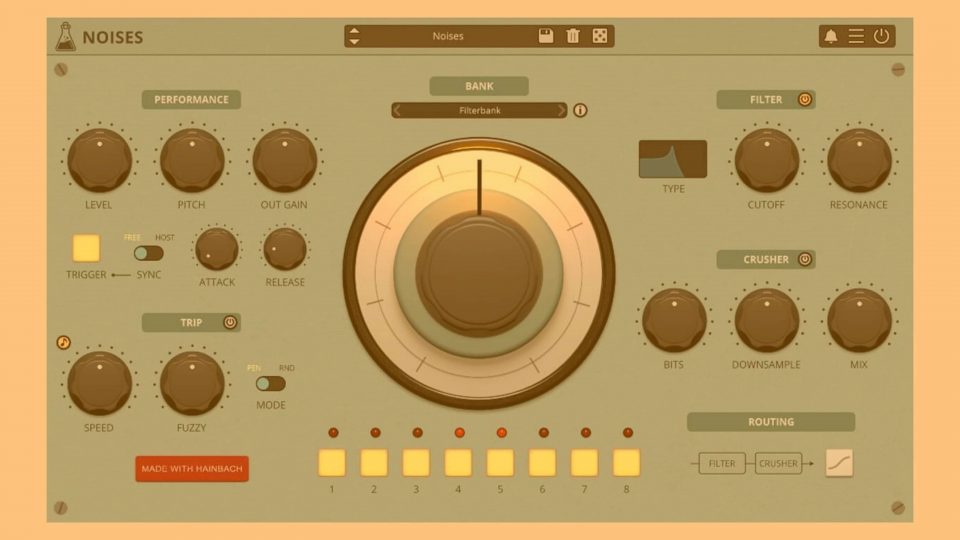 Noises is all about, well, generating noise. But not just any old noise.

Plugin developer AudioThing and musician & creator Hainbach have come up with Noises – a noise-generating plugin to compete with the best of them, reports Gear News.

Noise has many uses, even outside of Lo-fi music. You can use noise to serve as the foundation of music or thicken up a beat/track. Noise is probably most commonly used to create an atmosphere behind the music, though.

The new Noises plugin has 1.2GB worth of sounds recorded in the studio of Hainbach, who is a well-known musician and YouTube creator. His studio is full of incredible technology, from signal measurement devices and generators, vintage microphones and mixers, and so much more.

Well, the cool equipment in the studio of Hainbach has made its way into Noises. At least recordings of the sounds have. Equally cool is the featuring of field recordings and experimental recordings too. The plugin spreads all sounds across 21 soundbank labels like Autobahn, B00GA, Bandpass Pulses, Drum Drones, Electro-Acoustics, EMF, Filterbank, Flight to MARS, and lots more.

Noises can also output “cosmic” harmonies or chords too. Likewise, traditional tape sounds have also been included in banks like Soviet Tape and Tape Hiss. And the fun doesn’t stop there. You can import your own sounds to create your own sound banks, add info texts, and pictures too.

You’ll find a large rotary control in the middle of the user interface. This control behaves like a crossfader of sorts to fade between the 8 sounds in a bank. You can sequence the fades from an integrated sequencer, or leave them to chance.

Several effects for sound shaping come inside the plugin, and you can change pitches, add modulation, filter the signal, and apply a bit crusher too. Additionally, you can change the signal flow order of the filter and bit crusher. A simple attack & release envelope generator allows you to define the shape of the sound.

Noises can even sync up with the host DAW and respond to MIDI notes and automation.

Noises is available for EUR 45 in its introductory period. After this period the price will be EUR 69. AudioThing Noises is compatible with 64-bit AU, VST, VST2, VST3 and AAX plugin formats under macOS 10.9+ and Windows 7+.

If you’re looking for random noises or tones, you’ll find thousands in the Mixxed sample library.