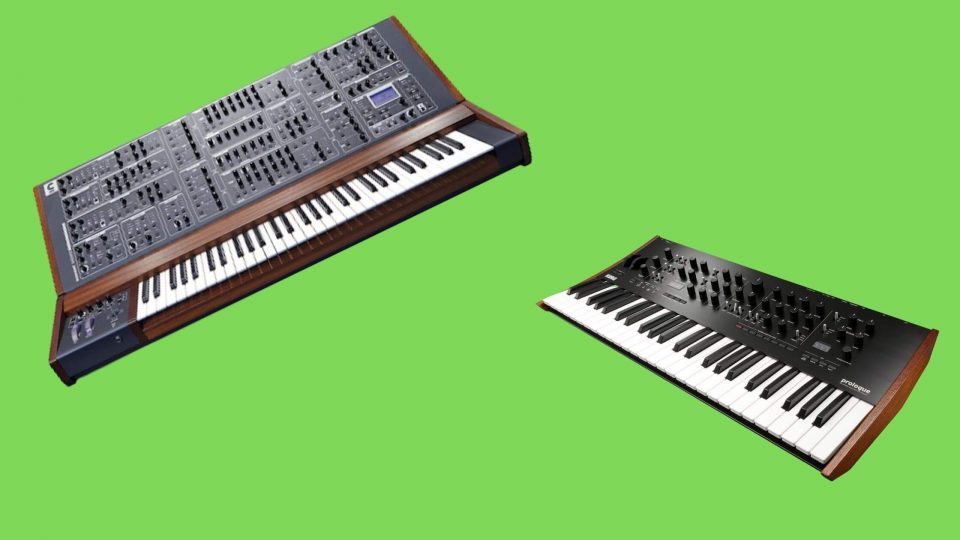 When synthesizers first hit the market in the first half of the twentieth century, they were largely the same. They all relied on analog circuitry and control voltages. Because of the complexity of this, they were mostly monophonic. It was very expensive to build and house hardware that could route more than one voice through the signal chain, which meant it became harder and expensive to house more than one signal chain. The explosion of polyphonic synths is due to the age of digital because digital synths don’t need to house so much complicated circuitry… it’s all binary!

The Dawn of Digital

Almost forty years ago, early digital synths such as the Fairlight CMI introduced digital sampling to the musical community. This made history as an era where synth engines began to fundamentally change.

The drawback? The CMI would have removed $20,000 from your pocket. So, the commercial market was still hungry. That’s where Yamaha come in.

The Yamaha DX-7 was the first commercially successful digital polyphonic synth which was $18,000 cheaper! This marked the beginning of the end for analog synth circuits and paved the way for where we are today.

But we are humans, and humans love to innovate with both new and old stuff – and that’s why we’re seeing a resurgence in analog technology that we can take home! Maybe not for $20,000, though…

The biggest difference you’ll come across should you ever have a poly and mono synth in front of you will be the playing styles.

You’ll notice how your next note on a monophonic synthesizer, where analog or digital, will cut off your previous note as soon as you play it.

But on a polyphonic synthesizer, you’ll immediately notice how you can play it like a keyboard.

If you’re a jazz keyboardist by day, you’ll need to reprogramme yourself should you want to play a monophonic synth. But don’t fear! Most digital synths tend to house capabilities to be both monophonic and polyphonic, so the world of swinging notes and crazy melodies is at your fingertips!

But don’t be so disheartened so fast, should you not like the idea of a monophonic synth. Just because a monophonic synth can only play one note at a time doesn’t mean that note is in any way unequal to the note of a polyphonic synth, or even a chord!

A monophonic synth note packs a lot of character that is hard to replicate on a polyphonic instrument. Check the basslines of a Roland TB-03! Notice how much body the notes pack!

A monophonic synthesizer, once a revolutionary innovation, seems to be making a resurgence – and for good reason!

With notes that house much more character than a singular polyphonic note, these machines still have a place.

Whether they be for basslines, percussive elements, or leads, notes that pack as much weight as monophonic synths should never be overlooked.

Polyphonic synths have their place too. Do you need something more melodic and smooth? Maybe you like to experiment with playing styles! There is much more freedom of choice with polyphonic synthesis…. so maybe you could use both on the same track?

Maybe you don’t want to mess around with synthesizers just yet and just ant some ju8icy sounds to throw into your DAW?

That’s fine too! Mixxed have you covered with thousands of digital samples ready for you to play with!