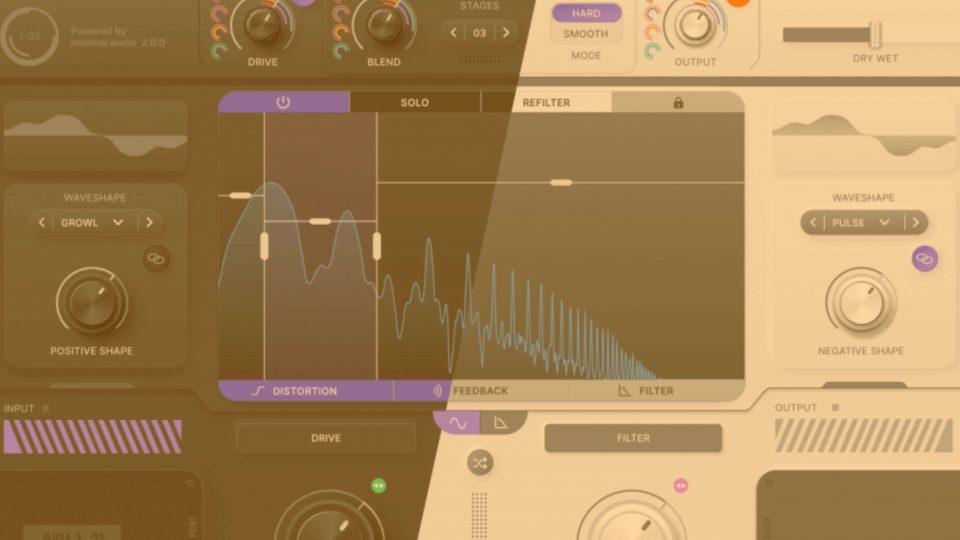 Like iZotope’s Trash distortion plugin, Rift 2.0 is a multi-function distortion plugin. Rift 2.0’s user interface has seen a modern upgrade and packs some interesting algorithms. As a result, finding your way around the plugin and dialling in the sound you seek is now easier than ever.

Rift 2.0 allows you to create animated soundscapes with deep modulation capabilities. Uniquely stack processing stages on top of one another for harmonic detail. Adding modulation for some serious movement. The multi-band effects inside Rift 2.0 allow you to send any combination of effects through the multi-band crossover. These effects include distortion, feedback, and filters This control allows you to keep the effect where you want at all times.

You can decide which sections you want to apply multi-band processing to, one by one:

You will have full control over the low and high crossover of the sound. Included are the frequency for each band, gain for each band, and separate effect gain for each band. Available to choose from are 24 unique filters using Rift’s next-gen morphing filter. Rift also allows you to use melodic effects with “unbound creativity” to get the most of Rift’s feedback module too.

Flexible multi-band effects. Send any combination of distortion, feedback, and filtering through the multi-band crossover to keep the effect exactly where you want.

You can tune everything inside Rift 2.0. With intuitive pitch snapping, scale presets, and MIDI tracking makes Rift as good as a synthesizer… all it’s is missing is oscillators!

The soundscape potential in Rift is immense. You can find lots of complimentary sounds in the Mixxed sample library.