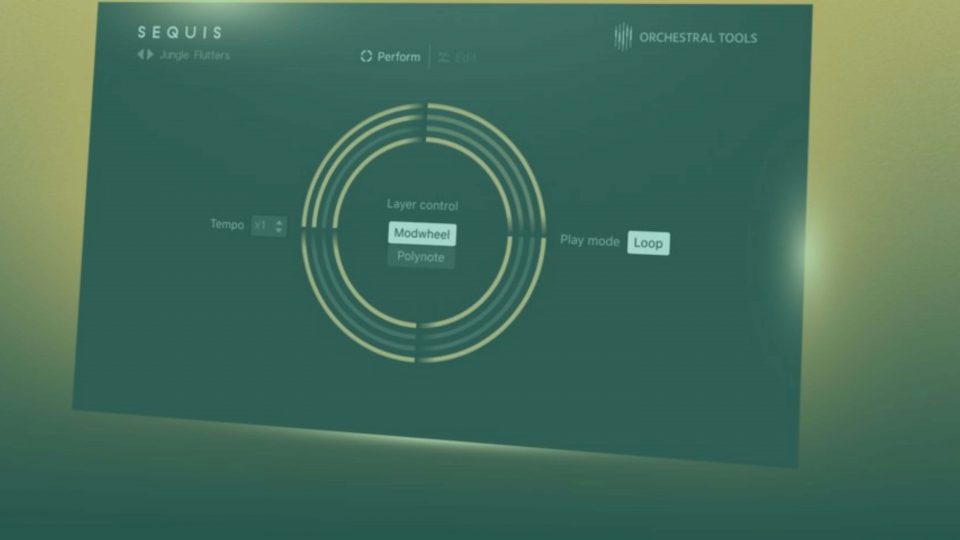 Following last years release of Arkhis for Kontakt, sounds focused on “screen-ready” atmospheric scores with a big variety of rich acoustic instruments, NI has collaborated with Orchestral Tools to bring us Sequis.

The latest collaboration between Native Instruments and Orchestral Tools has yielded Sequis, an instrument primed for the creation of rhythmic, acoustic scores for film and television, reports MusicTech.

Multi-sampled recordings of choirs, guitar, woodwinds, percussion, and many other live instruments make up the content library that makes Sequis the new ultimate package for film scoring.

Dynamic tones and sounds can be achieved by creatively layering these samples together, and can be the emotional force behind a dramatic movie moment.

All included instruments come with a wide range of articulations that you can manipulate. These include trills and flutters, as well as ricochets and echoes – that work together with the onboard sequencer to form interesting musical ideas.

Coming with Sequis too is its 16-step multi-track sequencer that has a simple interface but brings a very broad bunch of controls that allow you to integrate musically inserting compositions with swing, triplet patterns, and so much more.

Combined with many built-in effects, such as reverb, filter and delay, NI and Orchestral Tools have and it easier than ever to come up with ideas fast, lay them down quickly, and be happy when they sound almost finished with minimal effort.

Sequis comes with 200 samples to get you started straight off the bat. NI state the samples range from “delicately emotive” to “ominously intense”.

But maybe orchestral sounds aren’t hitting the spot. Your sample library has dried up and isn’t delivering you any fresh inspiration. You’ve been so hard at work in the studio that you’ve depleted all of your sound sources and that final track on your album is desperate for new sounds.

But finding samples that both sound good and work with your music isn’t always so easy. We at Mixxed know this, and it’s why we have thousands of top-quality samples for you to browse, choose and download forever.

Mixxed‘s sample library features countless strings, keys, synths, drums, percussion, sound effects, and so much more by contributors across the musical spectrum. We deliver only the best loops and one-shots to excite your listeners.