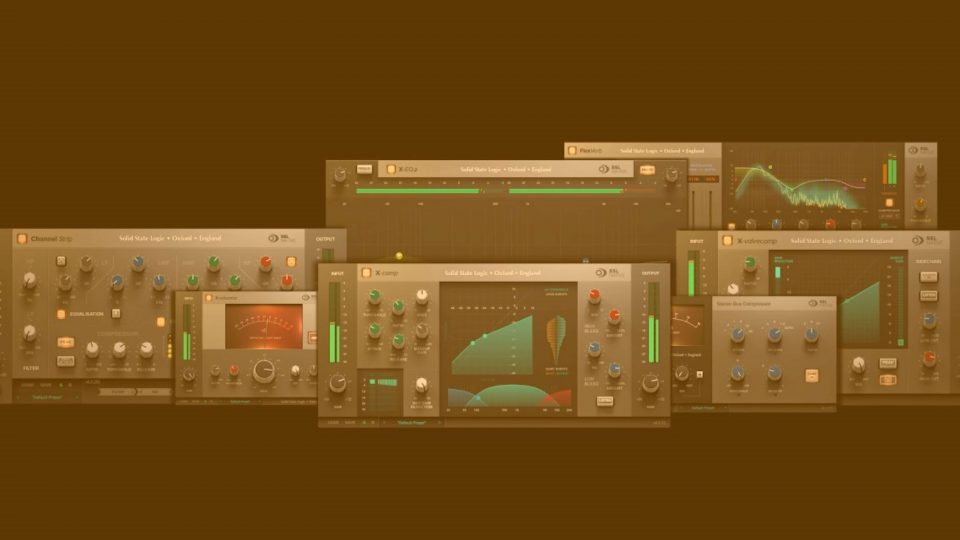 SSL X-Delay is the brand new delay plugin by SSL. This 4-tap delay is the latest addition to their X series, and it’s inspired by classic hardware from the ‘80s.

SSL went back in time to look at the classic digital delays of the ’80s to come up with the second plugin for their X series.

Packing four independent taps, X-Delay will take you back in time too. Think Bon Jovi, David Bowie, and any other major act from the ’80s. Furthermore, each tap has its own delay time, gain, and panning controls.

Equally awesome for usability is the ability it offers to sync individual taps to the tempo of your DAW. Not only sync capabilities, but you can also adjust each tap in milliseconds. It’s time to get deeply creative with your delays! Of course, there is a ping-pong mode for bouncy stereo effects too.

Underneath the four taps comes a section that hosts a group of global controls. Here, you can take further steps to shape your sound. For example, controls that allow you to modulate your delay, apply saturation, apply de-essing, and so much more.

For those looking to push the known boundaries, you can send the feedback knob beyond 100% for “out-of-control soundscapes”!

Freeze and Kill buttons allow for ease in creating risers and drops, and, finally, you can further shape your sound with a pair of high pass and low pass filters… and a stereo width knob too.

At full price, the SSL X-Delay plugin is available for $199. However, you can get the plugin as part of SSL’s Love Your X Valentine’s Day Sale for $129. The sale is ongoing until February 28, 2022.

On the other hand, you can get X-Delay and X-Echo as part of the SSL Complete Bundle Subscription, which is $14.99 a month.

The plug-in is available for macOS and Windows in VST, VST3, AU and AAX formats.

X-Delay will suit Lo-fi and other retro style sounds. You’ll find all the sounds you need in the MIxxed sample library.