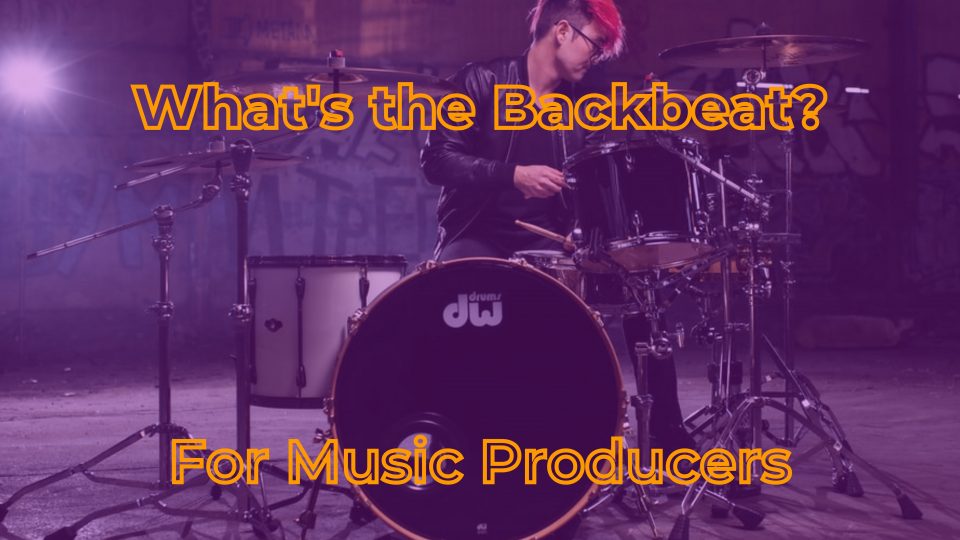 The backbeat of music is at the very center of rhythm in Western music. Understanding the definition of backbeat in music will allow you to better understand rhythmic patterns in music and apply them to your own music productions.

What is the Backbeat in Music?

We find the backbeat on the second and fourth beats in a 4/4 time signature. You’ll find that in most cases a snare drum, clap, or hat plays the downbeat. Genres such as Drum & Bass use a snare drum, as our bass heads will know.

If you listen to these genres you’ll notice how the elements breathe life into all the other elements playing in the same bar. The backbeat is a snapping pulse that aligns all elements and makes the listener feel the second and fourth beat.

As we said, the backbeat is usually played by percussive instruments – the most common being the snare drum. Drums are the very foundation of time in music. Were we to be in a band together, our drummer would be our reference for keeping your bass and my guitar plucking in time.

That means our drummer’s job is to pay attention to our bands’ rhythm and line the backbeat up with what you’re playing on the bass as well as everything else our epic band is playing. If the backbeat were to fall out of time “flip” to the one and three then the music we’re jamming is at massive risk of falling apart. Eek!

Digging deeper into the idea of rhythm, we have to talk about strong and weak beats.

Strong and weak beats sit in what we call meters. There are three kinds of meters, and all time signatures are organized into the three different types of musical meter. There are known as:

If you take a listen to classical music, you’ll be hard-pressed to find a snare drum hammering down on the second and fourth beat. That, my friend, is because rhythms that are backbeat-based have their roots in blues and jazz music. These genres were born in the southern state of the US, and they didn’t respect the rules of classical music.

This idea is amazing when you think about what the backbeat does, and how all popular genres today share it. The backbeat adds groove and everyone jams down to it, despite having no idea it’s actually a concept.

Blues and jazz started the trend and pop, rock, EDM, hip-hop, and others make it their own. The backbeat doesn’t have to be on the second and fourth beat all of the time. It doesn’t always need to be a percussive instrument. The backbeat leaves room for experimentation.

Producers are always getting creative with what they’re doing with the backbeat. They can remove it for a bar or straight-up move it’s timing as J Dilla did with his MPC!

Now that it’s time to put this new knowledge of backbeats into your music, are your snare and clap samples up to the challenge? Do you have the right samples for your latest track?

You’ll have access to our growing catalog of loops, one-shots, and sound effects that you can browse, download and keep forever for less than $3 a month.