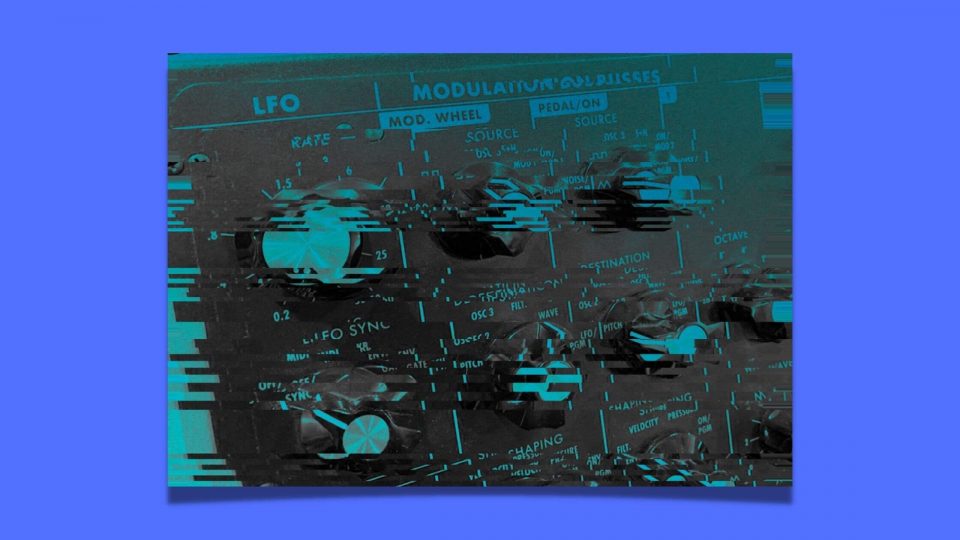 We’re back once again with more music production tips & tricks.

You’ve caught synthesis syndrome, and your next hill to climb is the world of LFOs.

We’ve covered LFOs before, but not in great detail. It’s fabulous that you’re here because your sound design is about to reach the next level!

What is an LFO?

An LFO (low-frequency oscillator) is used to modulate the movement of a chosen parameter inside a synth. All synths have at least one LFO tool.

You’ll remember from our Define Synthesis series that an oscillator outputs a repeating signal of a waveform within the range of human hearing. If the signal is repeating at a rate of 700 times per second, the frequency you’re hearing is 700Hz.

LFO’s are different because they usually repeat at rates below 20Hz, which is the threshold of human hearing.

However, we can hear the LFO doing its thing because it’s not controlling the rate at which you’re hearing the source signal (but you can set the LFO up to do so). LFO’s are used to control other parameters on a synth, including the likes of the pitch of the signal oscillator which gives us a vibrato effect.

How to Use an LFO

For an LFO to work, we have to route its signal to the parameter(s) we want it to modulate.

If you wanted your Serum wavetable to rotate automatically and play the different tones that the soundwave offers, an LFO is how you can modulate that movement.

Therefore, knowing what the LFO parameters do and also knowing where to put your LFO for the best effect are important foundations for you to be aware of.

Here’s a breakdown of what the different controls on an LFO do.

The Rate parameter controls how fast your LFO is going to oscillate.

Low frequency is usually spoken of as somewhere below the threshold of human hearing, which is 20Hz (20 cycles per second).

The rate of oscillation/modulation that you use depends on what it is you want for your sound. Are you creating a rising SFX? You may want a 4 bar rise, an 8 bar or maybe even a 12-16 bar rise!

However, if you didn’t want to create your own risers, Mixxed has plenty for you to choose from.

LFO rate is how you make that happen.

On any LFO that you use, at least every LFO that I have used, has pre-determined rates of oscillation that you can choose from.

Here is a list of standard oscillator rates that you will or would have seen when you use an oscillator. Note that the ratio breaks down like this:

You aren’t limited to such quick rate times, though.

With these longer ratios, the LFO will oscillate once over how many bars (on the right of the ratio) you set.

LFOs are waveforms that repeat periodically. How fast they repeat is based on the rate, but the shape of the movement is set by the waveform that you pick.

The most common waveforms are Sine, Triangle, Sawtooth, and Rectangle… just like signal oscillators.

Note that there are many shapes in different oscillators, but they’re all based on these four waveforms at their heart. In many synths, the waveforms can be morphed and/or combined to create hybrid waveforms. This allows you to create sounds with unique movement, and who wouldn’t want that?

You can also control how much impact the LFO has. You’ve set your rate and know what shape of movement you would like, but now you think the LFO is doing too much. This is why the Intensity/Amount control is great!

This parameter gives you control over whether the LFO is exaggerated or subtle.

Some LFOs have a built-in envelope too. These allow you to control parameters such as the delay and decay time of the LFO, which allows you to add even more shape and character.

LFOs have different modes too. These make the LFO act differently. Three common modes are:

Trigger: LFO modulates as soon as a note is played and only stops when the note is released.

Sync: LFO modulation is constant and synced with your DAW.

Envelope: Modulation only happens once, begins and ends only when the note is pressed (like an ASDR envelope).

Finally, some LFOs offer a choice of a polyphonic or monophonic LFO.

A polyphonic setting will give each note played its own LFO, so you could have multiple LFOs triggered at the same time.

If you were to use a monophonic LFO, all notes will go through the same LFO.