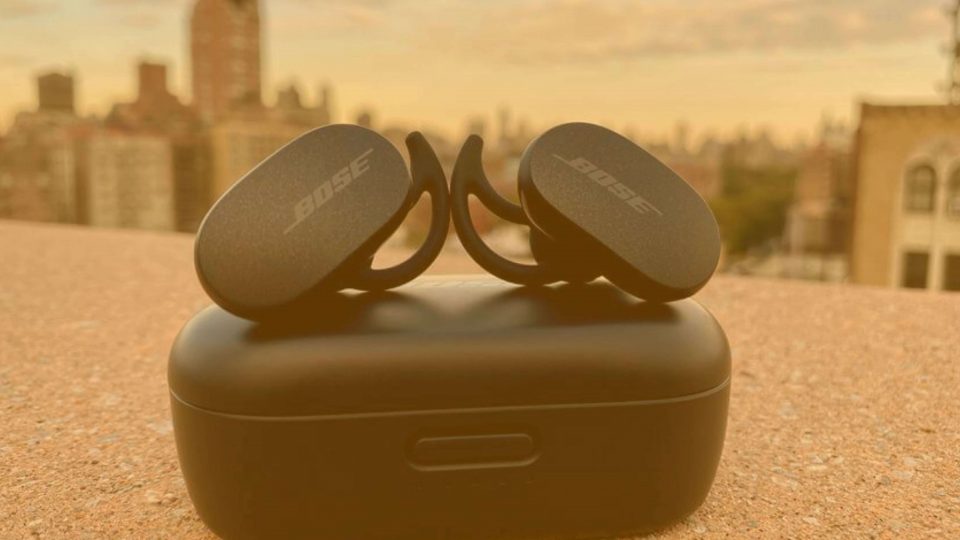 The stress of having a cable is a nightmare am I right? Life is so much easier with Bluetooth headphones. But you want to go further and grab some in-ear Bluetooth powerhouses. We don’t blame you. That’s why we have made this article to show off what we think are the best Bluetooth earbuds!

Mifo’s O5 Plus Bluetooth earbuds have to be the best Bluetooth earbuds for general use, from commuting to the office, as well as for exercise (from running to gym use, as well as swimming). The O5 plus earbuds are affordable at £89 and pack an aluminium construction, the latest Bluetooth 5 technology, and a battery life of  7+ hours (and the included USB-C charging case offers an additional 100 hours of playtime). In fact, you can charge your case by plugging your smartphone in on the go!

The O5 Bluetooth earbuds weigh only a few grams per piece and feel comfortable as they come with 7 silicone ear tip shapes and sizes so you can rest assured they’ll fit.

As for sound quality, the Mifo O5 have an awesome bass response. One that is better than the mass majority of Bluetooth earbuds on the market. This goes hand in hand with energetic lifestyles. Do you push yourself to the limit constantly? Good, because the bass response O5. The tight seal of the O5’s ensures sound does not leak, so others around you will not overhear your music.

Beats by Dre & Apple came together to give you Apple Power Beats Pro. Available in four colours ( Black, Ivory, Moss, and Navy) and a matching charging case.

Both of the earbuds have a centre playback control button (where the Beats logo is), as well as a volume control. This gives us the ability to control the playing audio with whichever hand is free at the time.

The Apple POwer Beats Pro sit in your ear seamlessly and connect to your devices seemingly effortlessly.

The Powerbeats sound excellent both during a workout and during time away from the gym. But there’s a slight flimsiness to the sound if bring your trained critical ear to attention. However, it’s not really noticeable during a workout.

Designed for use when you’re working out, but, financially, they’re less viable than the Mifo O5 Bluetooth earbuds. They’re also far weightier than the O5’s, too. After 20-30 minutes of use, you can definitely feel them weighing on your ears.

The smooth, matte plastic earpieces of the Panasonic RZ-S500W earbuds and their case don’t bow to fingerprint smudges. The case fits easily into pockets and features a set of three white LEDs for battery life.

The Panasonic Audio Connect app offers help pair the headphones for the first time. The app isn’t particularly pretty to look at, but it functions well and crashes are few if any.

The app’s homepage offers information such as the battery life remaining in each earpiece. Below this are two tabs labelled ‘Ambient Sound Control’ and ‘Sound Enhancement’. The first gives you two sliders for controlling noise cancelling and ambient sound levels, as well as a toggle switch, to turn them off entirely.

The second pulls up four options: ‘Bass Enhancer’ and ‘Clear Voice’ sound setting presets, an ‘Equaliser’ tab which houses five sliders to edit the sound leaving the buds, and an ‘Off’ toggle switch to listen at neutral. At neutral settings, any bass has space to draw attention in the mix. Treble frequencies are also clear and flexible.

Bose’s original Bluetooth earbuds got a lot of attention for being laughably bulky. Bose have scaled-down with these QC Earbuds, but they do still have a bulky build compared to other models we’re reviewing here.

But the Bose QuietComfort Earbuds remain attractive, although bulky, and come in matte black or matte white.

A charging case comes with the buds, which is also pretty chunky, which shares the same matte black exterior. The case is easily cleanable with a cloth. You’ll need to clean the case a few times a week as it collects oils quickly. Four LEDs line the case to inform you of its remaining battery levels. Inside, a button rests between the two earbud cutouts, and you can press it to manually initiate pairing mode.

The battery life of the QCD buds lasts up to about 5 hours and 29 minutes with active noise cancelling enabled, but you can quickly charge the earbuds by placing them in the case for just 15 minutes.

The Bose QuietComfort Earbuds do sound good., However, the frequency response is highly unlikely not to give audiophiles like you and me an immersive and enjoyable experience.

Bass notes are heavily amplified and do actually sound doubly as loud compared to low-midrange notes. This leads to vocal channels sounding a little muffled during bass-heavy phrases. Many consumers will enjoy the bass and upper-midrange boosts, but if you want the sound to be as neutral as possible then maybe not.

The WF-C500 aren’t the most powerful of Sony’s extensive range of headphones. But with that said, when it comes to the essentials then there’s not much to complain about here.

The WF-C500 make use of Bluetooth 5.0 for Bluetooth connection to your devices. Once paired, audio is sent right to your ears by a pair of 5.8mm neodymium full-range dynamic drivers.

The Sony WF-C500 look pretty ordinary unless you like the look of the green or orange colours compared to the black or white options. Like with other earbuds, Sony has gone for the ‘lozenge/bean’ shape rather than the ‘dangly stem’ alternative.

After some time to work themselves in, the Sony WF-C500 sound beautifully balanced and even. The lower end of the frequency spectrum is a little short of anything powerful you’d like if you’re a bass head, but the bass the Sony’s do reproduce is well shaped and controlled. It packs enough detail to be enjoyable. Treble frequency ranges are equally full of detail with crunch to remain a spirited listen. The midrange is jam-packed with detail too.

Imagine your fans listening to your dope tunes through any of these whopping Bluetooth earbuds. Don’t you think it’s time for some awesome samples that are worth playing through them?