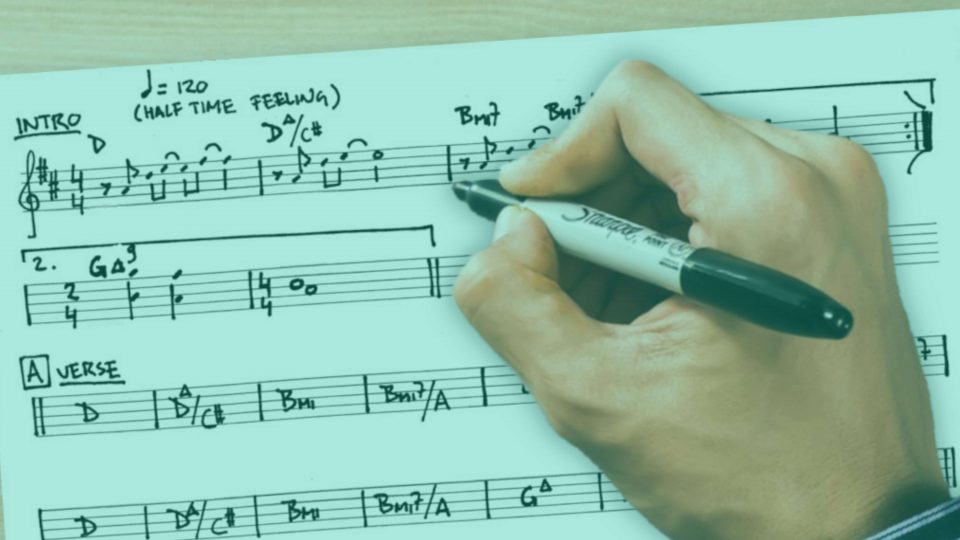 If you want to write impressive melodies that stand out, you should understand the relationship between melodies and chords.

Both your melodies and the chords that they sit above need to relate in an intentional manner else the melody will be weak and may just seem out of place.

It’s all well and good having a chord progression that is fire. But if you were to stick a melody on top that just doesn’t fit… well, the whole thing comes crashing down.

And to write a melody over a chord progression that is equally dope, it’s key to learn how chord tones and non-chord tones allow your melody and chords to interact with one another.

When you’re listening to a piece of music a chord tone in a melody above the chord progression will sound satisfying because it reinforces the chord. A non-chord tone doesn’t sound out of place, but it does create tension.

A strong melody has a balance of both chord tones and non-chord tones.

While your song may not have chords, melodic elements or your bassline are still implying chords.

You can see in the image above the chord of C, which is made of the notes C, E, and G.

If you were to use the G note in your melody on top of your C Major chord, for example, you will have implemented a non-chord tone above your chord and added some excitement to your melody.

Using notes that are outside of the chord but are in the same scale are non-chord tones.

How To Use Chord Tones

You can insert a non-chord tone anywhere in your melody, but you should resolve them quickly. Music is all about tension and release. Non-chord tones add tension, so implementing a release is important.

To resolve this tension, simply use a chord tone in your melody!

In 4/4 time, your strong beats are the 1st and 3rd beats while your weak beats are the 2nd and 4th beats. The 3rd beat is also called the backbeat, but that’s not overly important here.

If you’re curious as to what we’re actually talking about with strong and weak beats, click on the links in the paragraph above!

We want to resolve non-chord tones to chord tones, even more so when you play them on a strong beat. The more non-chord tones you use, the more unstable your melody becomes. This isn’t a bad thing. It can lead to some seriously creative music full of tension… as long as there’s a release!

In the Mixxed sample library, you”’ find a variety of melodies that are just waiting to sit on top of your chord progressions!