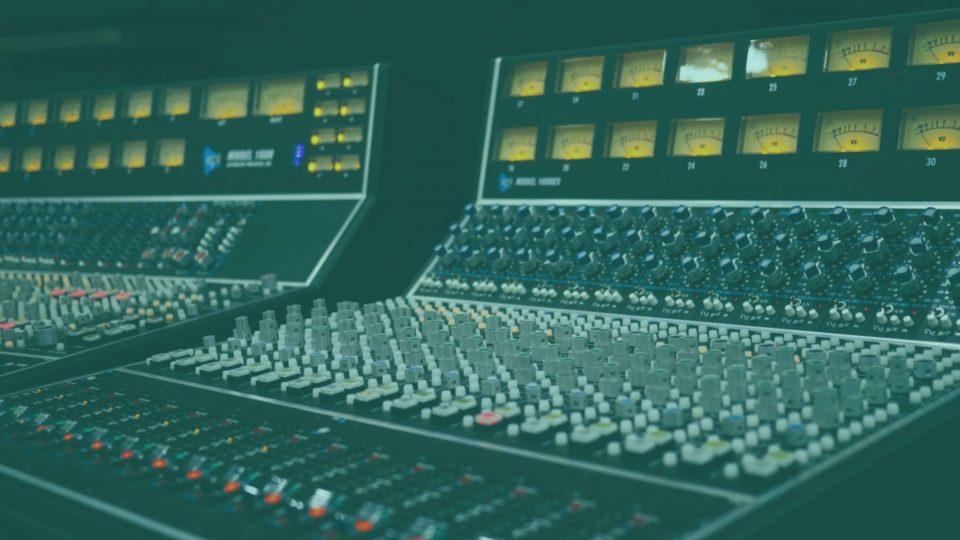 Equalisation is a foundational technique in music production, but there is more than one way to apply an EQ and different types of EQ serve different purposes. Maybe you just need to boost a frequency band or maybe you need to surgically edit into another band? Whatever your needs, there’s an EQ better suited to your needs than another.

We can apply equalisation for frequency enhancement or attenuation, tonal reshaping or even corrective treatment. We don’t mean that it tells your frequencies off. EQ’ing allows you to remove frequencies that are causing problems in your mix…

Equalizers are essential tools we use to achieve better clarity, depth and tonal balance in our music.

Every music producer needs at least one EQ in their arsenal. If you’re using a DAW, the chances are you have an EQ that came as a stock plugin with the DAW package. In this article, we’re talking about the five most common EQ’s that you’ll most likely come across before others.

What is a Shelving EQ?

Let’s start with the most basic EQ, though probably one of the least used.

Like low cut/shelf or high cut/shelf filters, Shelving equalisers boost or attenuate frequencies above or below a specified cut off point. Depending on which shelving EQ you may use, it may feature pre-determined filter curves with a wide bandwidth

Shelving EQ’s are amazing at attenuating or emphasising broad frequencies in a musical way due to their smooth filter curves. This characteristic makes them awesome tools for achieving higher presence or clarity in a mix. This allows us to apply shelving EQ’s to full mixes in order to make them sound deeper! If your mix needs only the highs and lows boosting, apply a “smiling” EQ curve (a very wide notch filter) to boost these frequencies.

Many shelving equalisers have both high and low shelving filters, but some also have bell curves to accentuate mid-band frequencies too.

You can apply a shelf EQ on any parametric EQ, so rather than give you an example of a shelf EQ – let’s just see how a shelf EQ/filter would look on a parametric.

What is a Parametric EQ?

Now let’s talk about the most common EQ. You know the one.

Parametric EQ’s are the most adaptive EQ out there for they offer surgical capabilities like no other EQ before it. We can manipulate the size of frequency bands inside the EQ, as well as the bandwidth (Q) of each frequency band.

We also have control over where the centre frequency is as well as the overall level of each individual band.

Does your channel need some surgical work? Think Parametric EQ. Parametric EQ’s allow us to really manipulate the timbre of the signal we’re running through them. We can cut or boost frequencies with unprecedented accuracy.

Due to the nature of their operation, parametric EQ’s can also double up as filters. We can use them to create broad or narrow filter sweeps or create fluent movent such as wobbles.

However, some designers base their parametric EQ’s on analog emulation technology, so be mindful of whether or not your parametric EQ has analog or digital technology at its heart. Analog modelled EQ’s often add colouration to the sound, while digital EQ’s have transparent sound. These unique characteristics have caused innovative musicians to cut frequencies with transparent, digital, parametric EQ’s but boost frequencies with analog EQ’s to add new levels of character.

For more tips on when to use an additive or subtractive EQ type, click here.

What is a Semi-Parametric EQ?

Though not as flexible as parametric EQ’s, semi-parametric equalizers’ fixed bandwidth curves are fantastic for boosting and/or attenuating a wide frequency range like graphic EQ’s (we’ll get to those). This makes them great for working on the timbre of sounds.

What is a Dynamic EQ?

Here’s my personal favourite – the dynamic EQ. This is truly a machine.

Dynamic EQ’s bring the accuracy of fully parametric EQ’s and blend it with the dynamic control of compressors. This gives us a universe of opportunities to affect the shape and timbre of our sounds.

Being linear processors, parametric EQ’s treat the input signal continuously. This means that any frequency boosts or cuts are static and only change when you physically change them yourself.

And this is why I love dynamic EQ’s. Being non-linear processors, the frequency bands/filters react to the incoming signal or we can trigger them with a sidechain (which is part of the EQ). You can set a threshold, and each band can have its own threshold, and the EQ will cut or boost the specific bands according to the settings you have given each band. This creates a lot of musical movement and most dynamic EQ’s offer other compressor controls such as Attack, Release, and Ratio, so you can maximise or minimise each band as much as you want.

What is a Graphic EQ?

Called graphic EQs because their interfaces look physical kit with knobs, graphic equalisers boost or cut specific frequencies that are pre-determined at evenly spaced intervals. Some graphic equalisers feature up to 31 bands (knobs), so if a graphic EQ has more knobs then it offers higher accuracy over the frequency spectrum.

But this accuracy doesn’t make them as good at surgical EQ’ing compared to parametric EQ’s. Graphic EQ’s don’t offer control over the shape of the filter we’re applying, thus only making them useful for making broad changes to an overall mix or bus group.

It’s important that you make gradual, subtle, changes with a graphic EQ. Drastically attenuating or amplifying frequency bands will sound unnatural, but you’ll soon realise that when you attempt it.

EQ’s are a vital tool that we apply to our sounds and mixes to shape the tonality of our music. It’s not our own sounds that we have to EQ either, we have to EQ our imported or recorded samples too. We know a place where you can find a plethora of royalty-free samples too…

We at Mixxed work with a growing number of sample labels and contributors to provide you with an affordable sample subscription service that’s more accessible than any before.

You’ll have access to our growing catalogue of thousands of loops, one-shots and sound effects that you can browse, download and keep forever for less than $3 a month.