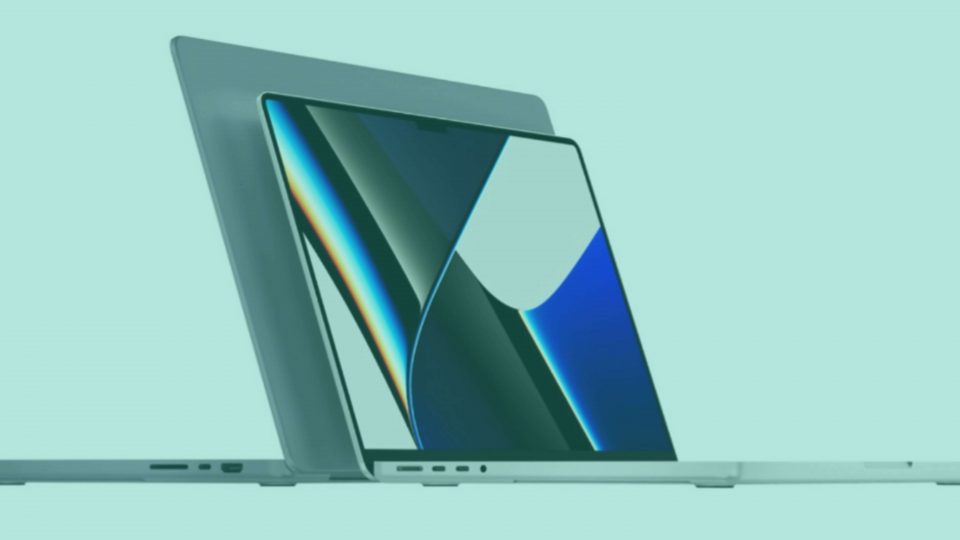 Apple has announced their new 14″ and 16″ MacBook Pro computers, powered by M1 Pro and M1 Max chips, that have been designed and built with pro music producers and graphic designers in mind.

The M1 chip has become a staple of what computer processing should be, but the M1 Pro and M1 Max go even further, reports MusicRadar.

Thinner bezels surrounding the display mean a bigger interactive screen to both work and play, whichever you fancy.

If you enjoyed the funky Touch Bar from the previous generation of MacBooks, today is a good day. It’s back! And the Liquid Retina XDR with the same mini-LED tech as the iPad Pro really brings a smooth user experience with ProMotion technology that brings an adaptive refresh rate of up to 120Hz per second!

Now for tech in the M1 Pro.

Coming in hot with an (up to) 10-core CPU with 70% faster performance than the original M1, and a GPU performance that, Apple promises, is up to twice as fast!

Upgraded also is the memory bandwidth which is 200 GB per second, which is three times more than the M1 gave us. While the M1 peaks at 16 GB, the M1 Pro allows us to install up to 32 GB of RAM too!

Now for the alpha.

The M1 Max chip has a 10-core CPU as its standard, but actually doubles the GPU core count to 32! The M1 Max may well be the ultimate high demand processing chip!

This is said to equate to four times faster GPU performance than the M1. Doubling up against the M1 Pro again is its total RAM amount at 64GB, as well as the memory bandwidth speed is 400GB/s!

That’s a lot of power.

Let’s talk about the ProRes accelerators. The M1 Pro features one in its media engine, but the M1 Max actually features two! One is enough for professional-grade video and audio processing, but two? Well, professionals can edit multiple high-resolution streams at other same time!

Apple claim that the performance of both computers will not waver whether on mains or battery power, so prepare for the workflow experience at any time, anywhere!

New MacBook Pro models come with an SDXC card slot, an HDMI port, and three Thunderbolt 4 ports… so you’ll still need a USB adapter for your external gear. But this blow is smoothed over by an all-new headphone jack that supports high-impedance headphones. Finally!

If you’re a fan of quick charge times, which we’re sure you are, then you’ll love the return of the MagSafe power cable connector, as well as the fast charge feature that brings 50% power in 30 minutes! Power to the people!

As you probably have expected, the 1080p FaceTime HD camera improved microphones bring quality calls to your loved ones, as well as a six-speaker sound system that promises high-fidelity audio with 80 per cent more bass than previous models. Take this with a pinch of salt though, it’s still a laptop!

They both feature the M1 Pro Chip, but you can include the M1 Max chip should you desire. As per all Apple products, these are quite pricey. But they promise to deliver the ultimate computer processing experience for professionals.

Pre-order on the Apple website before the release on the 26th of October!

Mixxed has thousands of samples for you to choose from. The most important first step in the creation process is choosing the right samples. You can’t make a bad sample sound good, and we know that.

That’s why Mixxed provides only the best quality loops and one-shots, percussion and melody elements, as well as rhythm and sound effect sounds.