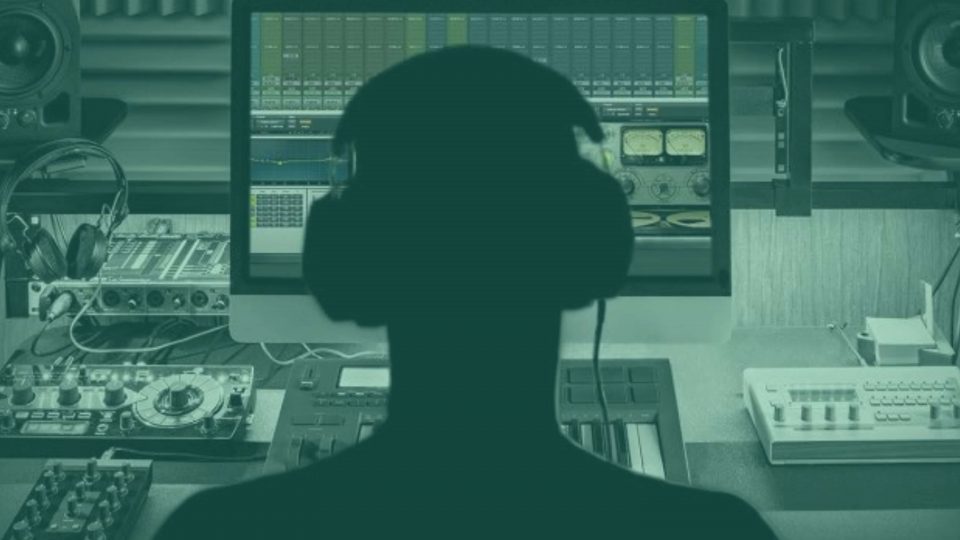 If you’ve not already gone mad with the terms music producer, record producer and beatmaker being thrown around… you soon will.

Record producers, on the other hand, oversee a band or solo recording artist from the beginning to the end of their single or album production. They offer advice on things to improve the album and are even comparable to what the film industry calls a director.

Due to their role as leaders, what they do and contribute to projects can vary massively. Most record producers often mix and master the music for the artists, as well as partake in setting up the studio and audio engineering tasks!

“Producer” is probably the most used title across the entire media sphere, so we can excuse anyone for confusing the two terms. From TV, radio, and music studios… there’s always a producer of one form or another.

The title of a music producer is especially thrown around in electronic music scenes. Drum and Bass and Dubstep, Lo-Fi, Neuro and Glitch Hop artists all call themselves music producers.

An important definition of all of these artists is that they write and create entire musical pieces. A beatmaker only creates backing tracks that await a rapper to throw down some hot lyrics. Therefore, we could class artists that write & create entire pieces for themselves as music producers. However, for the sake of your sanity, we’ll refer to them as electronic music producers… which is a pretty reasonable definition.

Beatmakers usually sell their beats on a beat-by-beat basis and almost always upload their beats to YouTube. Buyers are almost always rappers who either can’t make their own beats or don’t want to, which is fine for the beatmaker. If they sell the beat to the rapper, the rapper can do whatever they please with it. They’ve bought the rights to it.

The beatmaker usually takes a one-off payment from the rapper when they sell them a beat. As the rapper has bought the rights to the beat, the rapper can keep all royalties earned through streaming.

However, beatmakers also offer their backing tracks for free. This is where things get a little bit spicy.

When they give their beat to a rapper, the beatmaker may present them with a license, but may not. Whether they offer a license or not, the YouTube video, for example, will state if the beat is either FREE or FREE FOR PROFIT.

A FREE license means the rapper can’t make a profit on the beat, despite having put their vocals over it. They can only upload it to a site such as Soundcloud that won’t pay them per stream their track gets.

FREE FOR PROFIT means that the rapper can make a profit when they put their vocals over the top of the backing track. This means that they can upload their track on sites such as Spotify & Apple Music who do pay artists per stream.

The beat making and selling market is a growing one with big payoffs for rappers with any license and beatmakers alike.

There are sites dedicated for beatmakers to sell their beats too. The most notable site is BeatStars.

But there is a small market for independent music producers to sell their tracks. Ghost Producing is a very real thing. However, this market is nowhere near the size of the backing track economy.

The equipment used by beatmakers and electronic music producers varies massively compared to what record producers use. The biggest differences are the DAWs they use, what recording gear they use and also hardware units in their studios.

Going off of their content marketing on social media, your average beatmaker and electronic producer will usually use FL Studio as well as a small budget MIDI keyboard or pad controller.

A common trend with electronic music producers that distinguishes them from beatmakers is that they utilise other DAWs when they generate more revenue from their music (or their day job). Many electronic producers make the transition to Ableton at their nearest opportunity! This is probably because most tutorials available online are in Ableton, but there are still plenty of tutorials in FL Studio.

Of course, DAWS such as FL Studio are universal and we can make any genre of music with them. But it’s so commonly used by beat makers and budding electronic producers that it may as well be in a beatmaker/electronic music producer starter pack!

However, Logic Pro and Pro Tools are much more commonly used by many people, including singer-songwriters, bands and record producers, working in many different genres from Jazz, Pop, mainstream EDM and even Rock.

Whether you’re a beat maker or music producer, good quality samples are the backbone of a pristine mix down (and epic song)!

Mixxed has thousands of samples for you to choose from. From 808’s and hip hop percussion loops to synth loops. One-shot drums and string plucks, as well as risers and impacts are all common finds on Mixxed.