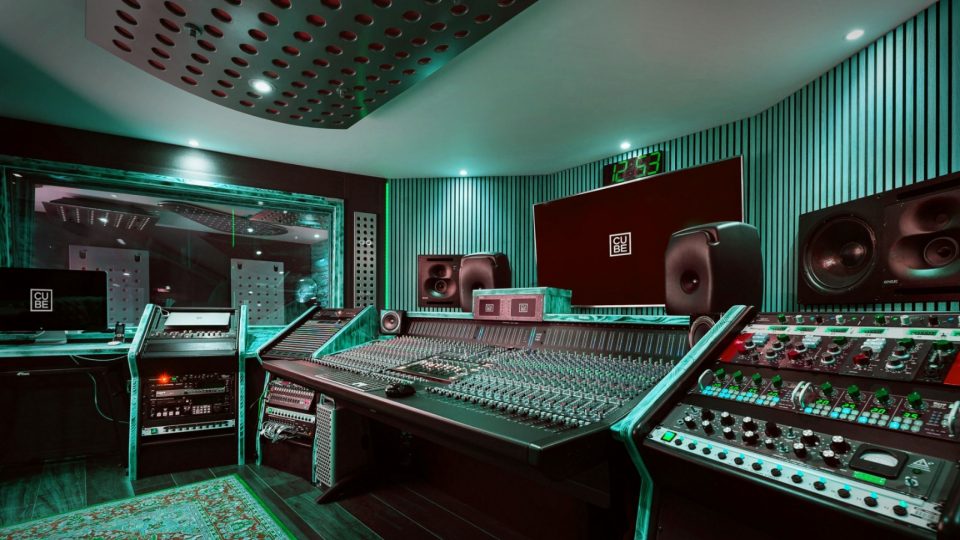 What Are the Different Types of Audio Files?

Woah! Hold the phone, homie. Wouldn’t you like to know why there are different file types first? Maybe you don’t know what audio file format means, either! That’s okay. Mixxed is here to guide you through the swamp of digits and signals.

Different situations call for different file types. CD’s use PCM file types, whereas streaming services, more often than not, use lossy file types. So, if you’re wondering which audio format is best… grab a paddle and start rowing with us as we float through this murky water. When we’ve explained what the different techniques do, we’ll give you a list of audio file types.

What Are Lossy and Lossless Compression Techniques?

The different file types for audio serve different purposes. Lossy and lossless audio compression are the two compression techniques, but not everyone knows why they differ from one another.

To send files from one place to another, files need to be small. To make large music files smaller, they need to be compressed. Lossy & lossless compression formats have different methods of doing that.

Compression for data transfers is important because files are too big to send between devices and over the internet if left at their regular size, which means incredibly slow transfer speeds and download times for you… and nobody wants to wait for three years for their samples to download from the Mixxed store.

Lossy compression in audio makes files transferable sizes by slicing “unnoticeable” pieces of the file away. So, they aren’t most aren’t hi-res audio file types available.

Once lossy audio compression has been done, the snipped data will forever be lost. The more you export a file as a lossy format when you’re collaborating, for example, the more of that file will be sliced away forever.

With lossy compression audio file formats, you’re sacrificing sound quality for the sake of sending your track around. Does it seem like a counterproductive process? We think so.

However, if the mix and master have been completed well, the MP3 export won’t be at all noticeable. If these processes have not been done well, it’s a different story altogether.

What audio file format does Spotify use? The answer to that, my friend, is MP3.

What Are The Audio File Types for Lossy Compression?

The most popular lossy file format out there, MPEG-1 Audio Layer 3 (MP3) came to the stage in 1993. They even had media players named after them, if anybody can remember those.

In any one file, they remove all audio beyond the human hearing threshold, they reduce the quality of hard to hear sounds, and compress all other audio as efficiently as possible.

Arguably the best lossy audio format for streaming across mobile devices, Advanced Audio Coding files don’t take up very much space on hard drives. They require less than 1MB of storage per minute of streaming… so one tune would be around 3MB! This format is used by Apple Music and YouTube because they sound better than MP3’s, but have the same bit rate.

Its most common use is to hold its own Vorbis files (OGG is the creator name whereas Vorbis is the compression format name).

It’s open-source, patent-free, software. This is why it grew in popularity very quickly with developers after its launch in 2000. It also produces a smaller file size than the other lossy formats we’ve mentioned, while also retaining the same audio quality.

The main issue with Vorbis files is that they’re not supported by very many devices. AGG & MP3 files are all the rage too, so Vorbis files have struggled to get any time in the spotlight.

Windows Media Audio was released in 1999, it was meant to improvise on some flaws of MP3 files. Most notably is the compression quality. After several evolutions, WMA also beats MP3 files in this arena, along side OGG Vorbis & AAC.

WMA is a proprietary file type, meaning its only usable across Windows software & hardware. You should note, however, that there are no benefits that AAC & OGG don’t offer.

Lossless compression files are reconstructed back to their original size and keep their sound quality when opened on the new device they’ve been transferred to. The file is, essentially, sliced up and put back together.

Audiophiles like you need to retain as much quality as possible, so lossless is your friend. There are situations where lossy compression may be the best option, but don’t think about those times until you have to. This may happen because lossless files can be several times bigger than lossy formats like MP3s. If you’re just starting out, you won’t need to worry about when to use lossy and lossless compression.

Volume and file density are major players with lossless file types. If you have high volume and a lot going on in your music, your lossless file we be much bigger than it would be if you used lossy file types. Is it time to start metering your volume levels?

What Are The Audio File Types for Lossless Compression?

Free Lossless Audio Codec is one of the most popular lossless formats available since its birth in 2001. Happy 20th, FLAC!

FLAC compresses a source file by up to 60 percent without compromising a single bit of data. FLAC is an open-source, royalty-free, audio file format. This means it doesn’t impose any copyright constraints.

Most major programs and devices support the FLAC file type. FLAC is second on the podium of general popularity for music, just behind MP3. At half the file size, you get get the same audio quality. That is, the same noticeable quality of a raw, uncompressed, audio file. Why is FLAC behind MP3 in the popular contest? we don;t have the answer to that, but we think it’s because people don’t know as much about the different file types as they should.

Sometimes referred to as Apple Lossless, Apple Lossless Audio Codec was launched in 2004 as a proprietary format for Apple, like WMS for Windows, but eventually became open-source in 2011.

However, ALAC isn’t as top-tier quality as FLAC when it comes to compression.

iTunes, as well as iOS, only have native support for ALAC and not FLAC. This means Apple users don’t have freedom of choice. Sorry, Apple users.

What is Pulse-Code Modulation (PCM)?

What’s the best audio file format for sound quality? PCM is the one for those of you who ask this question.

One of the cleanest digital audio file types, PCM digitally represents an analog signal by sampling it at regular intervals. PCM is the standard format for telecommunications, CD’s, and other digital audio mediums. If you were wondering what audio file format is used for cd players to read, now you know.

We don’t want to bore you with a load of technical stuff because that’s not why you’re here. However, the most important thing to note is the file is not compressed whatsoever and it retains all of its original quality, like a lossless file type.

What Are The PCM File Types?

AIFF & WAV files are your two PCM file types. They actually have more in common than they do differences.

AIFF allows you to change the metadata of the file itself (such as changing the name of the owner), but WAV doesn’t. This can be very annoying if you’re running a sample label and you care about those sorts of details. Data is organized in the file(s) differently in AIFFs & WAVs. No file loses sound quality whatsoever, all that is different is the storage mechanisms within the files themselves.

If you’re unfamiliar, a wrapper format is a file format that stores multimedia files that are redistributed when needed. An everyday example of this would be subtitles on Netflix.

If you’re interested in downloading some dope WAV files for your music, you should totally check out the Mixxed for new and exciting sounds!

Again, we’re not going to bore you with technicalities.